On this day 25 years ago,Starlets won their 2nd world title

The Black Starlets of Ghana (U17) on this day in 1995 won their second World Cup title in Ecuador.

Starlets manged to find their way through to the final after beating Portugal and Oman in the quarter final and the semi final respectively.

Ghana had great players who featured in the competition including former skipper Stephen Appiah,Charles Allotey and Joe Ansah.

The Estadio Monumental Isidro Romero Carbo was a wonderful backdrop against which to lift a trophy.

The iconic venue, home to Ecuadorian football club Barcelona in the city of Guayaquil, is flanked on one side by an estuary, which its rivers directly flow to the Pacific Ocean, and on the other by lush vegetation on a rising mountainside.

BLACK STARLETS FULL SQUAD FOR THE 1995 FIFA U-17 WORLD CHAMPIONSHIP: 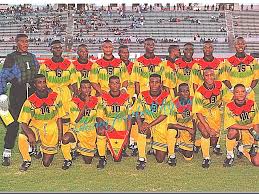 Ecuador ’95 is remembered for the introduction of two new rules: the Golden Goal – which was not needed – and the use of time-outs, which were used by all teams except Ghana and Guinea.