The leadership of Ghana Premier League (GPL) giants Kumasi Asante Kotoko led by the Chief Executive Officer (CEO), Nana Yaw Amponsah, has called on the Minister for Youth and Sports (MoYS), Hon Isaac Kwame Asiamah to discuss issues of great interest to the development of football in Ghana.

The focal issue of the visit was to formally inform the Minister of the confirmation of the club to actively compete in this year’s CAF Champions League which is slated to begin in November.

According to the Kotoko CEO, the club has noted the Minister’s huge personal intervention and development of sports in Ghana and therefore was appropriate to formally inform him of the club’s decision to participate in the African inter-club championship. 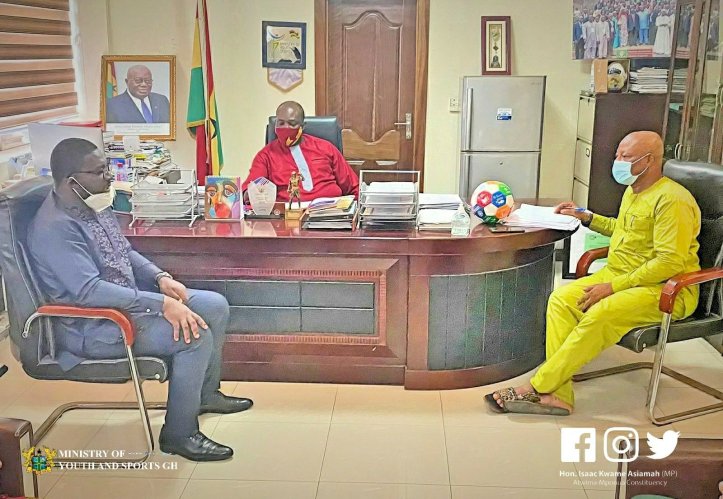 He used the opportunity to appeal to the Minister for support in their quest to conquer the rest of Africa and make Ghana proud in the upcoming championship. He also noted that the euphoria that usually engulfed the nation when traditional clubs were in the competition had dwindled and therefore there was a need give support to these clubs because of the constituencies they have in order to restore the enthusiasm of supporters.

For his part, the Minister intimated that government was very much committed to supporting clubs to represent the country at the continental level, adding that there is a policy direction from the Ministry to support clubs who progress in the championship competition financially. He further noted that the financial support will be made available to the two clubs representing Ghana at the continental front.

Hon Asiamah charged the CEO to become creative and provide a vision that will see the tremendous transformation of the club and for Kotoko to bring back its lost glory adding that, the image Kotoko has stood for over the years must be greatly enhanced. 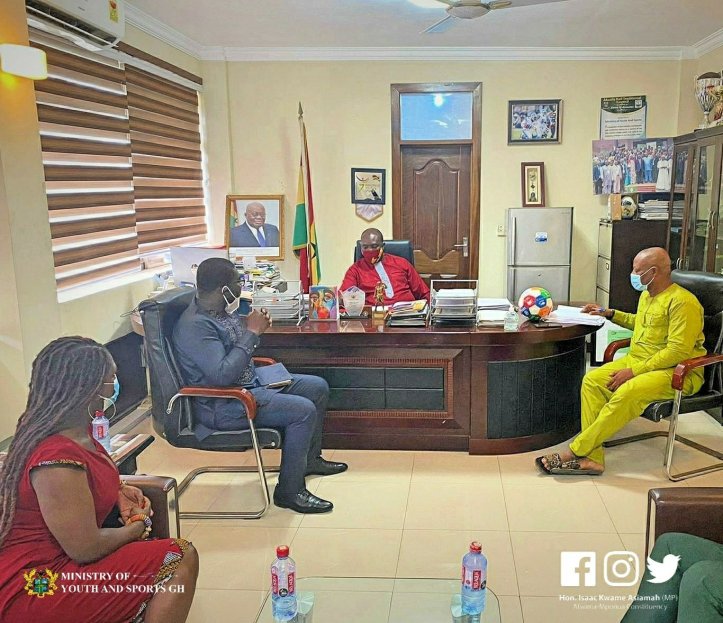 He urged the leadership to work as a team and have respect for each other in order to realize their common goal. He again, tasked the CEO to lead the club to become the springboard of sports development in Ghana.

The Minister, assured of his utmost support to the clubs representing Ghana in the African competitions stating that he will do all in his powers to provide for the clubs, giving his unflinching support to ensure a Ghanaian club wins this year’s African inter-club competitions.