WHY DO EASTER DATES KEEPS CHANGING

Easter date keep fluctuating , it falls between march 22 and April 25. This year, Easter Sunday is April 4. As a Christian holiday, one may expect the holiday to fall on a fix date just like Christmas and new year.

But Easter is actually determined by the Jewish calendar. This is because in the bible, the death, burial and resurrection of Jesus Christ happened after the Jewish Festival, which is the Passover, and his followers wanted it to be celebrated as such.

Nevertheless, this is slightly delicate and complex because the Jewish calendar is based on the lunar (moon), while the Christian calendar is based on the solar (sun). A solar year is just over 365 days (365 and half or 366 days) and the lunar year is about 354 days, so collaborating the two can be complicated. This means, trying to make the two calendars work together can be very complex.

The Passover, which is a trademark to determine the Easter date also changes every year because it is calculated by the first full moon following something called vernal equinox­ – a day in spring (one of the four seasons) when night and day are exactly the same length (both day and night time is a full 12 hours). Normally a day has either a short night and long day or vice versa. 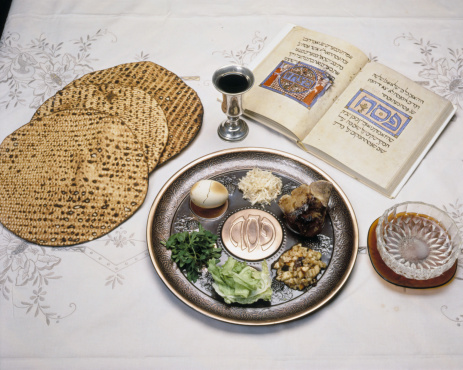 To determine the date for Easter, the vernal equinox(march or spring equinox) as well as march’s full moon is taken into much consideration.

Paschal (Passover) full moon is the first full moon (march’s full moon -the full Moon occurs when the Moon reaches peak illumination by the Sun. ) after vernal equinox (the equinox occurs at the exact moment when the Sun crosses Earth’s equator, when day and night are approximately equal).

Hence, Easter is the first Sunday after the first full moon on or after the vernal equinox.

Therefore if Easter is celebrated the first Sunday after the full moon then that explains why Easter Sunday is on April 4.

This events comes with different dates from year to year. In some instance it can be very complicated. This is because the Christian church today, has determined a fix date for vernal equinox, which is march 21.

This is exactly what happened in 2019:

The March (vernal) equinox occurred on March 20 at 5:58 P.M. EDT, with the full Moon reaching its peak four hours later, at 9:43 P.M. EDT. This means that, the full Moon and the March equinox happened on the same date, which should have landed Easter on Sunday, March 24, right? Well, not quite.

As earlier stated, the dates of the full Moon and the March equinox that are used to calculate Easter are not the astronomical dates of these events, but rather the ecclesiastical dates.

The astronomical dates of the full Moon and the March equinox are the actual, scientifically determined dates of these events- the equinox occurs at the exact moment when the Sun crosses Earth’s equator, when day and night are approximately equal. Similarly, the full Moon occurs when the Moon reaches peak illumination by the Sun.

The ecclesiastical dates of the full Moon and the March equinox are those used by the Christian Church. They were defined long ago in order to aid in the calculation of Easter’s date, which means that they may differ from the astronomical dates of these events.

In A.D. 325, a full Moon calendar was created that did not take into account all the factors of lunar motion ( this is the change in position of the moon from day to night with respect to the sun as it orbits around the earth ) that we know about today.

This explains why Easter would not be observed until after the next full Moon (the Paschal Full Moon) in mid-April. Thus, Easter was celebrated on Sunday, April 21, 2019.

According to this evidence base research, it can be clearly depicted why the dates for Easter continually changes, and this is as a result of the ecclesiastical (human formulated) vernal equinox and full moons).

One might wonder why Easter will not  be celebrated according to the astronomical structure, this will mean that, Easter dates cannot be predicted prior to the beginning of a new year, but rather within the said year.