Scotland and Manchester United legend Denis Law has been diagnosed with dementia. 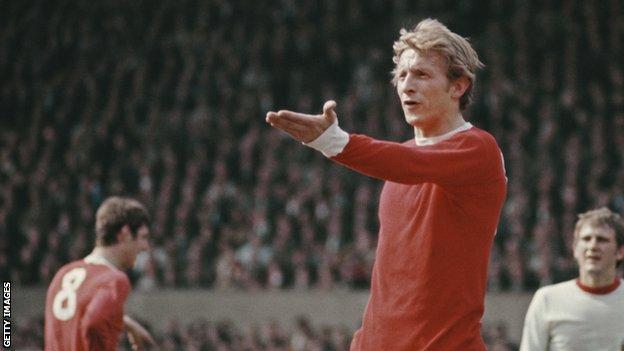 Law, 81, who says he has Alzheimer’s and vascular dementia, is the latest former player to reveal he is suffering from the degenerative brain disease.

“This will not be an easy journey especially for the people who love you the most,” Law said.

“I know the road ahead will be hard, demanding, painful and ever changing and so ask for understanding and patience.

“I recognise how my brain is deteriorating and how my memory evades me when I don’t want it to and how this causes me distress in situations that are beyond my control.

“I do understand what is happening and that is why I want to address my situation now whilst I am able, because I know there will be days when I don’t understand and I hate the thought of that right now.”

‘Trying to be positive’

Law, a Ballon d’Or winner in 1964, won 55 caps for Scotland and scored 30 international goals to distinguish himself as one of the country’s greatest ever players.

Alongside Sir Bobby Charlton and George Best at Old Trafford, the striker formed what was hailed the United Trinity.

Law – who started his career with Huddersfield Town, had two spells at Manchester City and played in Italy for Torino – won the European Cup, two English titles and the FA Cup in his 11 years at Old Trafford.

“Denis Law will always be one of this club’s greatest legends and everybody at Manchester United sends our love and best wishes to him and his family,” the club said.

“We know our fans around the world will also rally behind him. We applaud Denis’s brave words and will continue to offer whatever support we can as he adapts to this challenging condition.” 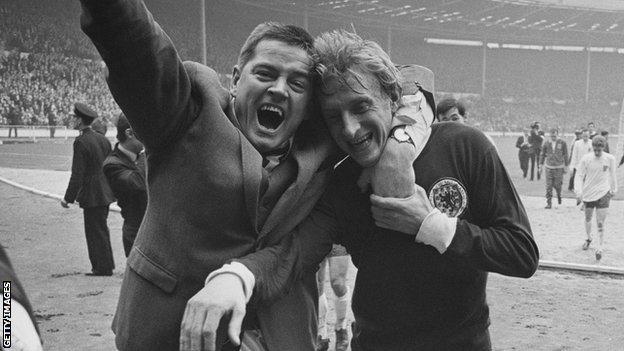 He says he is “determined to continue” watching the Premier League side and will remain involved in the community trust in his name as he is “trying to be positive”.

“I have good days and bad days and aim to take each day as it comes adjusting my lifestyle accordingly,” he said.

Law and his family are also fundraising for the Alzheimer’s Society, who have offered the former footballer support.

“The charity is also doing amazing work with the sports industry, with its Sport United Against Dementia campaign, which I fully support,” Law said.

“This really could make the biggest difference to former players, players, and fans alike.”

A study in 2019 found that professional footballers are three and a half times more likely to die from dementia than people of the same age range in the general population.

Sir Bobby was the fifth member of England’s 1966 World Cup-winning side to be diagnosed with dementia.

His brother, Jack, and Nobby Stiles, both died last year after suffering from brain functioning diseases believed to be linked closely to heading footballs, while both Martin Peters and Ray Wilson – who died in 2019 and 2018 respectively – also had the condition.

Stiles, Peters and Wilson were diagnosed with it while still in their sixties. In a BBC documentary screened in 2017, Stiles’ son John told former England captain Alan Shearer he was “utterly convinced” heading a football was responsible for his father’s dementia.

In 2014, a neuropathologist said that the death of former England and West Brom striker Jeff Astle was due to a brain condition caused by heading footballs.

New guidelines limiting professional players in England to 10 “higher force headers” a week in training have been introduced this season.

Astle’s daughter Dawn has long pushed for research into a link between football and brain injuries, and worked with the Professional Footballers’ Association on an advisory basis to help “shape the longer-term neurodegenerative care provision for former members and their families”.

Alzheimer’s Society chief executive Kate Lee said she hoped Law’s “bravery in coming forward will encourage many others to seek the help they need”.

“It’s never been more important to fund crucial research and our vital support services and ensure that right now, past and present players, as well as fans, know our services are here and can get the dedicated dementia support they deserve,” Lee continued.

The Denis Law Legacy Trust said it was “saddened” by the news.

“As a player, his grit and determination took him from the streets of Aberdeen to the pinnacle of world football and everyone at the Trust knows he will use that same strength now to take on this illness,” said the Trust’s chief operating officer, Mark Williams.